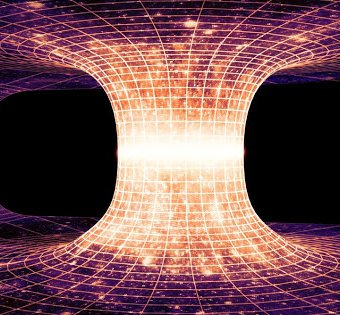 The considerations of THE EQUALITY OF INERTIAL AND GRAVITATIONAL MASS AS AN ARGUMENT FOR THE GENERAL POSTULATE OF RELATIVITY show that the general theory of relativity puts us in a position to derive properties of the gravitational field in a purely theoretical manner. Let us suppose, for instance, that we know the space-time “course” for any natural process whatsoever, as regards the manner in which it takes place in the Galileian domain relative to a Galileian body of reference K. By means of purely theoretical operations (i.e. simply by calculation) we are then able to find how this known natural process appears, as seen from a reference-body K' which is accelerated relatively to K. But since a gravitational field exists with respect to this new body of reference K', our consideration also teaches us how the gravitational field influences the process studied.

For example, we learn that a body which is in a state of uniform rectilinear motion with respect to K (in accordance with the law of Galilei) is executing an accelerated and in general curvilinear motion with respect to the accelerated reference-body K (chest). This acceleration or curvature corresponds to the influence on the moving body of the gravitational field prevailing relatively to K'. It is known that a gravitational field influences the movement of bodies in this way, so that our consideration supplies us with nothing essentially new.

However, we obtain a new result of fundamental importance when we carry out the analogous consideration for a ray of light. With respect to the Galileian reference-body K, such a ray of light is transmitted rectilinear with the velocity c. It can easily be shown that the path of the same ray of light is no longer a straight line when we consider it with reference to the accelerated chest (reference-body K'). From this we conclude, that, in general, rays of light are propagated curvilinearly in gravitational fields. In two respects this result is of great importance.

In the first place, it can be compared with the reality. Although a detailed examination of the question shows that the curvature of light rays required by the general theory of relativity is only exceedingly small for the gravitational fields at our disposal in practice, its estimated magnitude for light rays passing the sun at grazing incidence is nevertheless 1.7 seconds of arc. This ought to manifest itself in the following way. As seen from the earth, certain fixed stars appear to be in the neighborhood of the sun, and are thus capable of observation during a total eclipse of the sun. At such times, these stars ought to appear to be displaced outwards from the sun by an amount indicated above, as compared with their apparent position in the sky when the sun is situated at another part of the heavens. The examination of the correctness or otherwise of this deduction is a problem of the greatest importance, the early solution of which is to be expected of astronomers.

Since it has often been contended by opponents of the theory of relativity that the special theory of relativity is overthrown by the general theory of relativity, it is perhaps advisable to make the facts of the case clearer by means of an appropriate comparison. Before the development of electrodynamics the laws of electrostatics were looked upon as the laws of electricity. At the present time we know that electric fields can be derived correctly from electrostatic considerations only for the case, which is never strictly realized, in which the electrical masses are quite at rest relatively to each other, and to the co-ordinate system. Should we be justified in saying that for this reason electrostatics is overthrown by the field-equations of Maxwell in electrodynamics? Not in the least. Electrostatics is contained in electrodynamics as a limiting case; the laws of the latter lead directly to those of the former for the case in which the fields are invariable with regard to time. No fairer destiny could be allotted to any physical theory, than that it should of itself point out the way to the introduction of a more comprehensive theory, in which it lives on as a limiting case.