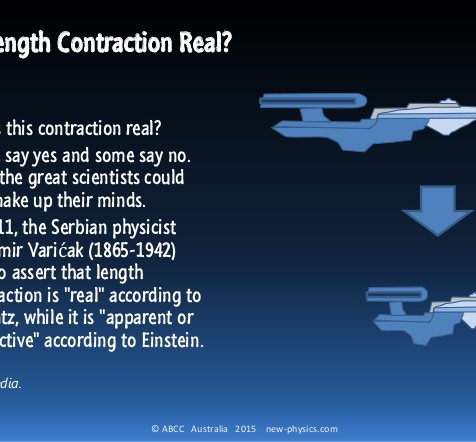 One important relativistic effect remains to be derived: the change in length of an object that is moving relative to the observer. This effect, like time dilation, can be linked to the relativity of simultaneity.

To measure the length of an object, one marks the positions of its end points on some scale and subtracts one reading from the other. If the object is at rest, those measurements can be carried out at leisure. If the object is moving, however, the two position measurements must be carried out simultaneously; otherwise, the result will surely be in error. As we have seen, simultaneity depends on the motion of the observer. If ground observers measure the position of the front and rear ends of a moving train simultaneously according to their clocks, these measurements take place at different times according to train clocks. According to train observers, therefore, the length measured by ground observers is incorrect.

The easiest way to determine the magnitude of the effect is to analyze a somewhat less direct, though equally legitimate, method of determining the length of an object moving at a known (uniform) speed, namely, by measuring the time required for the object to pass a stationary observer. The product of that time and the speed of the object is its length.