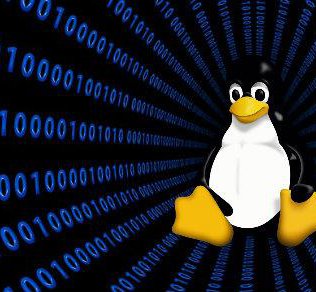 Since you are reading this I bet you want to use Linux or just wants to find additional information about your new Operating System.

Kernel - the core functionality of an operating system, it translates commands from other software directly to the standard hardware interfaces and extended hardwares. Think of it as a string that hold soul and body together of a full working computer system.

Linux is kernel and it is official name is GNU/Linux, because most if not almost all softwares of full Linux distribution is provide since from the very first by GNU and it is developers.

Hardware – all the physical components of the system is what considered to be the hardware, if and only if, it can be touch and be seen.

Software - the part that is responsible for the logics, calculations, pretty designs and all the good and dirty task that your box delivered. Lets say it is the soul of the computer system.

Distributions - operating systems based on the Linux kernel.

CLI/Terminal - stands for Command Line Interface, a method of interaction with the computer

based on text commands entered at the prompt.

GUI - stands for Graphical User Interface, a method of interaction with the computer that makes use of visual representations of elements: files, folders and actions. It is the standard environment for modern consumer oriented operating systems.

DE – this is a short form of saying Desktop Environment. There are many DE's including Gnome, KDE, XFCE etc.

FLOSS - Free/Libre/Open Source Software community. The community of developers around the globe that work base on the philosophy of free and open source software.

Since GNU/Linux is free and open source, I wonder why some one would spend his days and night building, and coding millions of line of codes and just to distribute it free?

There are many answers for this, well from what I understand it is just because the love and like to do so, it is a philosophy they believe in.

There are many definition of free and open source softwares, you may had one from your computer tutor, but as I do not formally study computers I say let find out what is the actual meaning from members of FLOSS. Richard Stallman is a legend in open source community and the founder of GNU.

“The word "free" in our name does not refer to price; it refers to freedom. First, the freedom to copy a program and redistribute it to your neighbors, so that they can use it as well as you.

Second, the freedom to change a program, so that you can control it instead of it controlling you; for this, the source code must be made available to you.”

Working with Linux system you must have encounter the following directories or files, knowingly or not.

On GNU/Linux system and other Nix Everything is a file, if not a file then it is a process.

Branches have other branches and more branches follows as far as possible.

Let us take a step and analysis Linux file system, orderly or may be not orderly, and see what each of these branches is possibly holding.

Linux Directories and Their contains

/bin :- Common programs, shared by the system, the system administrator and the users.

/dev :- Contains references to all the CPU peripheral hardware, which are represented as files with special properties.

/etc :- Most important system configuration files are in /etc, this directory contains data similar to those in the Control Panel in Windows

/initrd :- (on some distributions) Information for booting. Do not remove!

/lib :- Library files, includes files for all kinds of programs needed by the system and the users.

/lost+found :- Files were saved here during failures and every directory have one.

/tmp :- Temporary space for use by the system,just temporary it losses contains during reboot.

/var :- Storage for all variable files and temporary files created by users, like log files, the print spooler area, and even themes and system-wide design files.

SOME DAILY USE COMMANDS.

Always remember Linux terminal is case-sensitive environment, PWD is not the same as pwd. All Linux command use lower case except sometimes their option or argument, so if I mistakenly write in uppercase I actually intend lowercase unless other wise stated.

Pwd – one of Linux users favorite command, it means 'print working directory' where ever you are you can use pwd to find out.

Ls – it is use to find out available files on your current working directory or any other directory within the tree. It means 'list' There are many option to be use with ls command. For instance:-

ls -a ; do not ignore entries starting with '.' i.e hidden files.

There are many options to use, you better check the manual page.

Sudo – get a temporary root permission, most people interpreted it as “ super-user do” be careful with any command that runs with sudo.