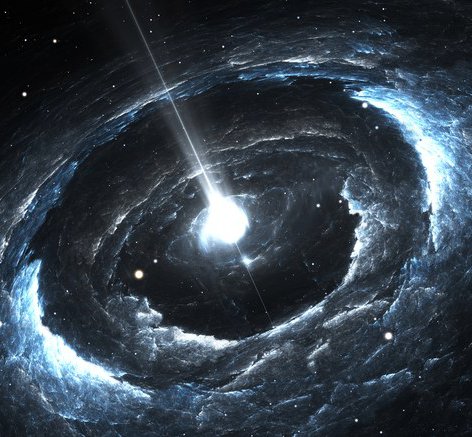 SPACE AND TIME IN CLASSICAL MECHANICS BY ALBERT EINSTEIN

"The purpose of mechanics is to describe how bodies change their position in space with time.” I should load my conscience with grave sins against the sacred spirit of lucidity were I to formulate the aims of mechanics in this way, without serious reflection and detailed explanations. Let us proceed to disclose these sins.

It is not clear what is to be understood here by “position” and “space.” I stand at the window of a railway carriage which is travelling uniformly, and drop a stone on the embankment, without throwing it. Then, disregarding the influence of the air resistance, I see the stone descend in a straight line. A pedestrian who observes the misdeed from the footpath notices that the stone falls to earth in a parabolic curve. I now ask: Do the “positions” traversed by the stone lie “in reality” on a straight line or on a parabola? Moreover, what is meant here by motion “in space”? From the considerations of the previous section the answer is self-evident. In the first place, we entirely shun the vague word “space,” of which, we must honestly acknowledge, we cannot form the slightest conception, and we replace it by “motion relative to a practically rigid body of reference.” The positions relative to the body of reference (railway carriage or embankment) have already been defined in detail in the preceding section. If instead of “body of reference” we insert “system of coordinates,” which is a useful idea for mathematical description, we are in a position to say: The stone traverses a straight line relative to a system of co-ordinates rigidly attached to the carriage, but relative to a system of co-ordinates rigidly attached to the ground (embankment) it describes a parabola. With the aid of this example it is clearly seen that there is no such thing as an independently existing trajectory (lit. “path-curve” 1 ), but only a trajectory relative to a particular body of reference.

In order to have a complete description of the motion, we must specify how the body alters its position with time; i.e. for every point on the trajectory it must be stated at what time the body is situated there. These data must be supplemented by such a definition of time that, in virtue of this definition, these time-values can be regarded essentially as magnitudes (results of measurements) capable of observation. If we take our stand on the ground of classical mechanics, we can satisfy this requirement for our illustration in the following manner. We imagine two clocks of identical construction; the man at the railway-carriage window is holding one of them, and the man on the footpath the other. Each of the observers determines the position on his own reference-body occupied by the stone at each tick of the clock he is holding in his hand. In this connection we have not taken account of the inaccuracy involved by the finiteness of the velocity of propagation of light. With this and with a second difficulty prevailing here we shall have to deal in detail later.

THE SYSTEM OF CO-ORDINATES BY ALBERT EINSTEIN